Governor Reynolds recently issued a proclamation that October 5, 2020, shall be observed as George Stout Day. The day will be marked in Winterset with a special presentation at the George Stout landmark and with showings of both Monuments Men and Stout Hearted at the Iowa Theater. I’ll get to those details in just a minute, but first, a little back story.

Until a few years go, I had never heard of George Stout. That statement is probably true for most of us, in fact. Although he was born in Winterset on October 5, 1897, until recently, a person would have had to have a strong knowledge of both Winterset genealogy and WWII art recovery to know anything about George Stout. Stout, who had already served in WWI, volunteered again for service in WWII as part of the Monuments, Fine Arts, and Archives (MFAA) Section and although the work of Stout and the MFAA was hugely important, it’s not terribly well-known. The fact that he’s a household name now in Winterset is due, in large part, to Nancy Trask, former director of the Winterset Public Library. (Well, to be fair, George Clooney had a hand in it too, but we’ll come back to that!)

In 2009, as Nancy was collecting non-fiction books for the WPL, she came across the book Monuments Men: Allied Heroes, Nazi Thieves and the Greatest Treasure Hunt in History by Robert Edsel. In the opening pages of the book, Edsel lauded the heroes of this art recovery mission including one George Stout, a native of Winterset, Iowa. Nancy took note of this and began promoting the book to library patrons but it wasn’t until a few years later when George Clooney was working on the movie, Monuments Men, that more information really began to pour in. I had a chat with Nancy earlier this week because I knew she had a big hand to play in this, but I wasn’t sure exactly how it had all come about.

Megan: Do you have an official title for all of this ‘George Stout’ work that you do, Nancy?

Nancy: Not really, but I refer to myself as “George Stout Historian and Events Coordinator.”

Megan: I think that sounds exceptionally appropriate! So how is that that you came to fill this ‘position’?

Nancy: It started with the Edsel book that I added to the non-fiction collection at the Winterset Public Library in 2009, but things really ramped up when George Clooney started work on his Monuments Men movie. One of the publicists working for production was researching George Stout through articles in the NY Times, etc., and for some wonderful reason he had the idea to contact the Winterset Public Library to share his findings. Once he knew that I was interested, he kept sending me all of this great information about Stout.

Megan: And you didn’t think it was a good idea to just sit on this information, did you?

Nancy: Oh, no! Eventually I had enough material that I could make a really nice presentation with it, so I started visiting book clubs, social clubs, civic groups, and the like. I visited a few other libraries and did a presentation at the Des Moines Art Center. The response that I received at the DMAC was huge; it just blew me away how people were interested in Stout’s work, and how they recognized his amazing contributions in the field of art conservation. After this great presentation at the DMAC, one of my library friends started talking me up in ‘library circles’ and I’ve now made the presentation to over 70 libraries around the state.

Megan: So now, you’ve arranged for this proclamation by the governor and are organizing some special events for that, including a ceremony that is going to take place at the George Stout monument. What’s the story behind that monument?

Nancy: That project was built with funds that were offered for public artwork along Scenic Byways and local funds as well. There was a group of local artists and historians that met together to conceive a plan and we selected that design from several artists’ submissions. Michael Goodall was the artist. We think it’s a great way to continue telling the story of George Stout to both the residents of Winterset and the thousands of visitors that we welcome each year.

(just a note that this isn’t a word-for-word transcript of my conversation with Nancy!)

In addition to Monuments Men, the film directed by and starring George Clooney, the documentary Stout Hearted by Kevin Kelley and Marie Wilkes, tells the story of Stout and the others who saved around 5 million of the world’s most important artworks from theft by the Nazis. Kelley and Wilkes will be in Winterset on Monday along with some of Stout’s family.

So, Winterset gets to claim another wonderful resident who has made an indelible impact on the world, and thanks to the work of Nancy Trask and others in our community, more of us finally know about George Stout and his work and service. His story, and that of the 345 ‘Monuments Men,’ is really a remarkable one and you can learn more at: https://www.monumentsmenfoundation.org/

Here’s the schedule for the day:

Winterset Mayor Phil Macumber will open the ceremonies by reading Gov. Reynolds’ proclamation. Chris Cramer from the Iowa Department of Cultural Affairs and Jeff Fleming from the Des Moines Art Center will make comments as well. Kevin Kelley and Marie Wilkes, creators of Stout Hearted will be in attendance, as well as Leslie and Rex Marks, family of George Stout. Everyone is welcome.

1:00 pm • Screening of Stout Hearted: George Stout and the Guardians of Art at the Iowa Theater

Born in Winterset, Iowa, George Stout served in both WWI and WW2. During WW2, Stout led the Monuments Men through Europe on the greatest treasure hunt in history – protecting and recovering priceless art from the Nazis. Stout’s legacy with The Monuments Men continues today with the U.S. Committee of the Blue Shield, an organization that is protecting precious art from destruction in areas of global conflict. Stout’s innovative methods of art conservation, created some 90 years ago, are still used today in major museums around the world. Tickets $10

3:00 pm • Screening of Monuments Men at the Iowa Theater

During World War II, the Nazis steal countless pieces of art and hide them away. Some over-the-hill art scholars, historians, architects and other experts form a unit to retrieve as many of the stolen masterpieces as possible. The mission becomes even more urgent when the team learns about Hitler’s “Nero Decree,” which orders destruction of the artworks if the Third Reich falls. Caught in a race against time, the men risk their lives to protect some of mankind’s greatest achievements. Tickets $6

6:00 pm • Screening of Stout Hearted: George Stout and the Guardians of Art at the Iowa Theater

8:00 pm • Screening of Monuments Men at the Iowa Theater

I don’t endorse any specific political candidate or party. I DO however, endorse the idea of casting your vote AND being an informed voter. The Madison County Development Group is providing an opportunity this evening for all of us to become more informed about those candidates running for Iowa House District 25 and Madison County Supervisor. This is a meet the candidate event, not a debate. A series of questions will be presented to each candidate and the event can be viewed live on the Madison County Development Group Facebook page at 5:00 this evening. A recording of the event will also be available on the Facebook page after the event if you’re not able to watch it live.

Playing this weekend at the Iowa Theater
Friday & Saturday • 7:00pm

Remember, seating at The Iowa is limited. Purchase your tickets ONLINE and/or arrive early to ensure your seat. Doors open at 6:30.

When a car bomb explodes on the American side of the U.S./Mexico border, Mexican drug enforcement agent Miguel Vargas (Charlton Heston) begins his investigation, along with American police captain Hank Quinlan (Orson Welles). When Vargas begins to suspect that Quinlan and his shady partner, Menzies (Joseph Calleia), are planting evidence to frame an innocent man, his investigations into their possible corruption quickly put himself and his new bride, Susie (Janet Leigh), in jeopardy.

Touch of Evil is a 1958 American film noir written and directed by Orson Welles, who also stars in the film. One of the last examples of film noir in the genre’s classic period, its reputation has grown since its release and it is now widely regarded as one of Welles’s best motion pictures and one of the best classic-era films noir. In 1993, the film was selected for preservation in the United States National Film Registry by the Library of Congress as being “culturally, historically, or aesthetically significant”.

This annual run is held in memory of Roseanna Otto, and to create awareness for domestic violence prevention. Half of the proceeds will be directed to Roseanna’s daughters. The other half will be donated to Crisis Intervention & Advocacy Center in Adel. Register online for the in-person or virtual run.

Get ready for fall with pumpkins, gourds & more! The youth group from Foursquare Church will set up outside the church this Sunday afternoon offering a wide selection of pumpkins, gourds & mums. All profits will go to youth development and missions.

Walk around the Clock

The COVD 19-shortened Wellness Wednesday program for 2020 will begin its final month of the year with a “Walk Around the Clock” on Wednesday, October 7 beginning at noon. This coincides with the annual Healthiest State Initiative, which encourages Iowans to take that “first step” and get healthy.

Madison County residents are encouraged to take time on October 7 and walk. No specified distance or time, but it’s a start. Historically, the distance has been 1K, or about 0.62 miles. Four times around the outer courthouse square is a close equivalent. Music for the event is being provided by Wellness Wednesday committee member Chris Nolte, of EveryStep Hospice, who plans to have Big Band hits from the 30s and 40s. There is no specific starting spot, simply pick a location, start walking and enjoy the music. It’s a rain or shine event, but long-range forecasts look promising. Walkers are encouraged to wear masks if in a group and unable to socially distance.

Not familiar yet with a virtual 5K walk/run? Here’s how it works. Participants sign up, pay the registration fee and select their distance. Then they choose their own starting line—a treadmill or a neighborhood street. They run, jog, walk, or bike the race distance before the race deadline. After the virtual race, runners email their times and are then mailed a finisher’s t-shirt. It’s the way to complete a socially-distanced 5K during a pandemic!

Registration is going on now for WPRD youth basketball leagues. Practices will start in December with games in January. Register your child online today! Volunteer coaches are also needed.

Be Well and Thank You for reading

Share this with a friend who you think would enjoy
being ‘in the know’ about community happenings!

And if you’re reading this post but it didn’t come to your inbox,
be sure to subscribe so you don’t miss any more! 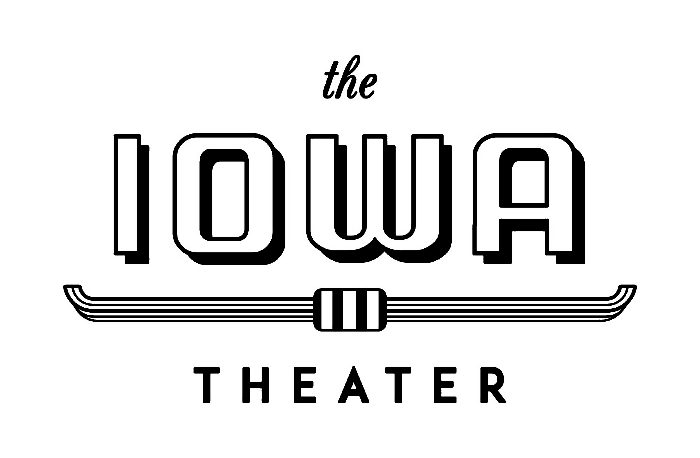