The Iowa Quilt Museum will be receiving a 2016 Best Development Award on Thursday, January 19th, at the Iowa State Capitol Building at 11:30 am, with the public invited to attend. The award is given by the 1000 Friends of Iowa organization to publicly recognize efforts that visibly support responsible land use. Each of the 12 recipients are models of responsible development practices. Julia McGuire, Award Coordinator, notes, “Our winners and their respective works will positively impact future generations of Iowans and deserve our applause.” The Iowa Quilt Museum won the award in the Renovated Civic category. “This 130-year old building is listed on the National Register of Historic Places and uses the original hardwood floors, tin ceiling, woodwork, lights, and cabinets. Energy efficient elements incorporated into the project include high efficiency HVAC, LED lighting, and removal of canvas awnings to bring natural light into the gift store. Very little environmental and economic construction impact was sustained because the building was repurposed and utilities already existed; despite minor tuckpointing, its historic status was maintained. By adaptively reusing an existing retail space, the final cost was approximately $15 per sq. ft. as opposed to estimated new construction cost of approximately $250 per sq. ft. minimum.”

Over on the west side of the square, be sure to take advantage of the “Inside Sidewalk Sale” happening this weekend at Angel Wings & CT, Pine Creek Ltd., and re:home. LOTS of things on sale through Saturday!

The Winterset Parks & Recreation Department will be starting its Adult Co-Ed Volleyball League on Wednesday evenings, January through mid-April at the Junior High Gym. The fee is $125. This is for men and women age 18 years and up, out of high school. Three men and three women make up a team. A captains’ meeting is scheduled for Wednesday, January 25, 2017. Registration ends January 13, 2017. Also, be aware that the registration deadline for the annual Father Daughter Sweetheart Dance is January 20th, also with Winterset Parks & Recreation.

New 4-H’ers and their families can register for a New 4-H Families Orientation on Tuesday, January 17th from 5:30-7:30 pm. This event will be held at the Jackson Building on the Madison County Fairgrounds. Orientation is a great opportunity to learn about upcoming events, county 4-H activities, and to ask questions. Dinner will be provided, and separate activities will be offered for youth. To register, call Jennie at 515-462-1001 or e-mail hargrove@iastate.edu. 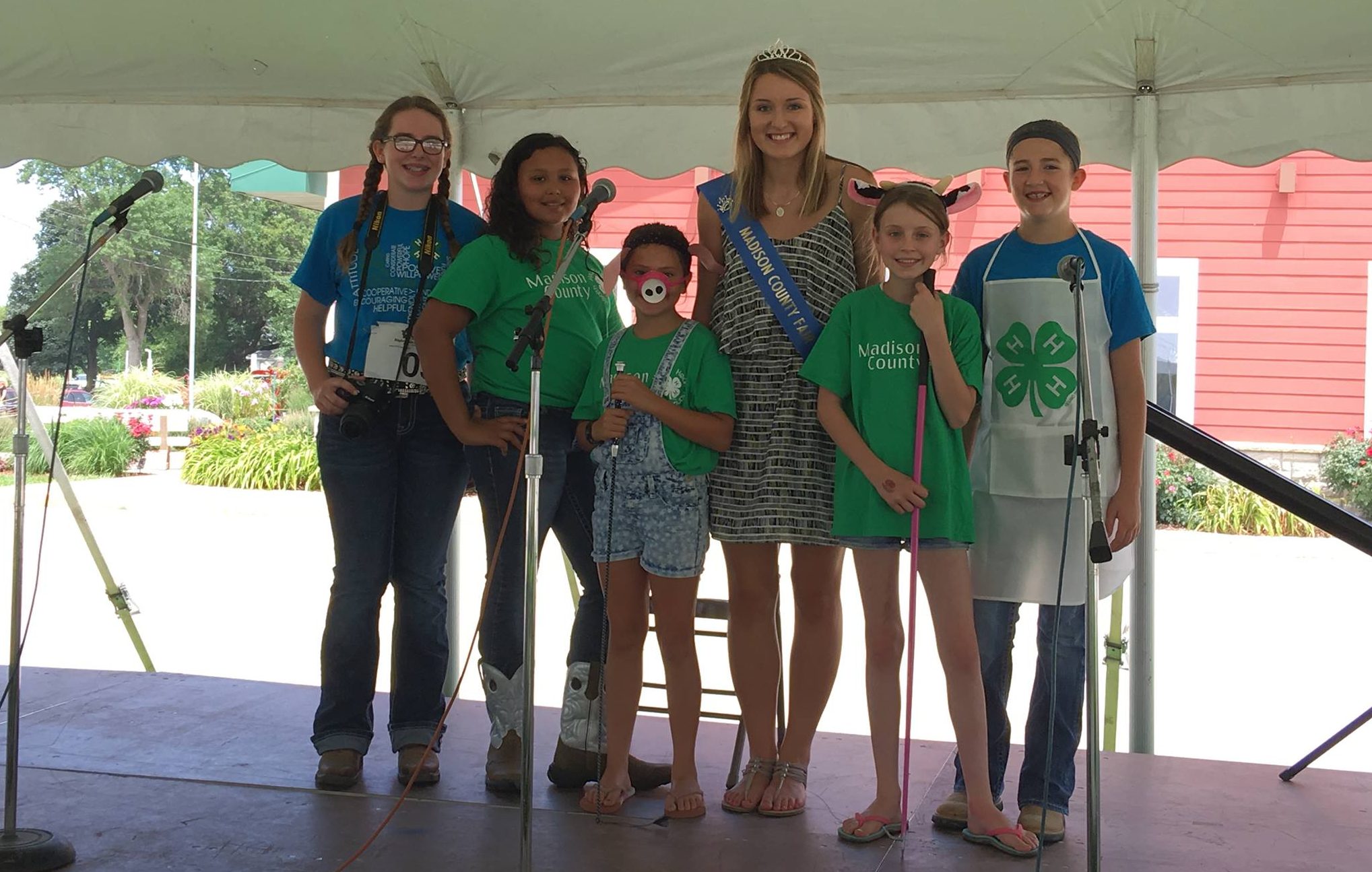 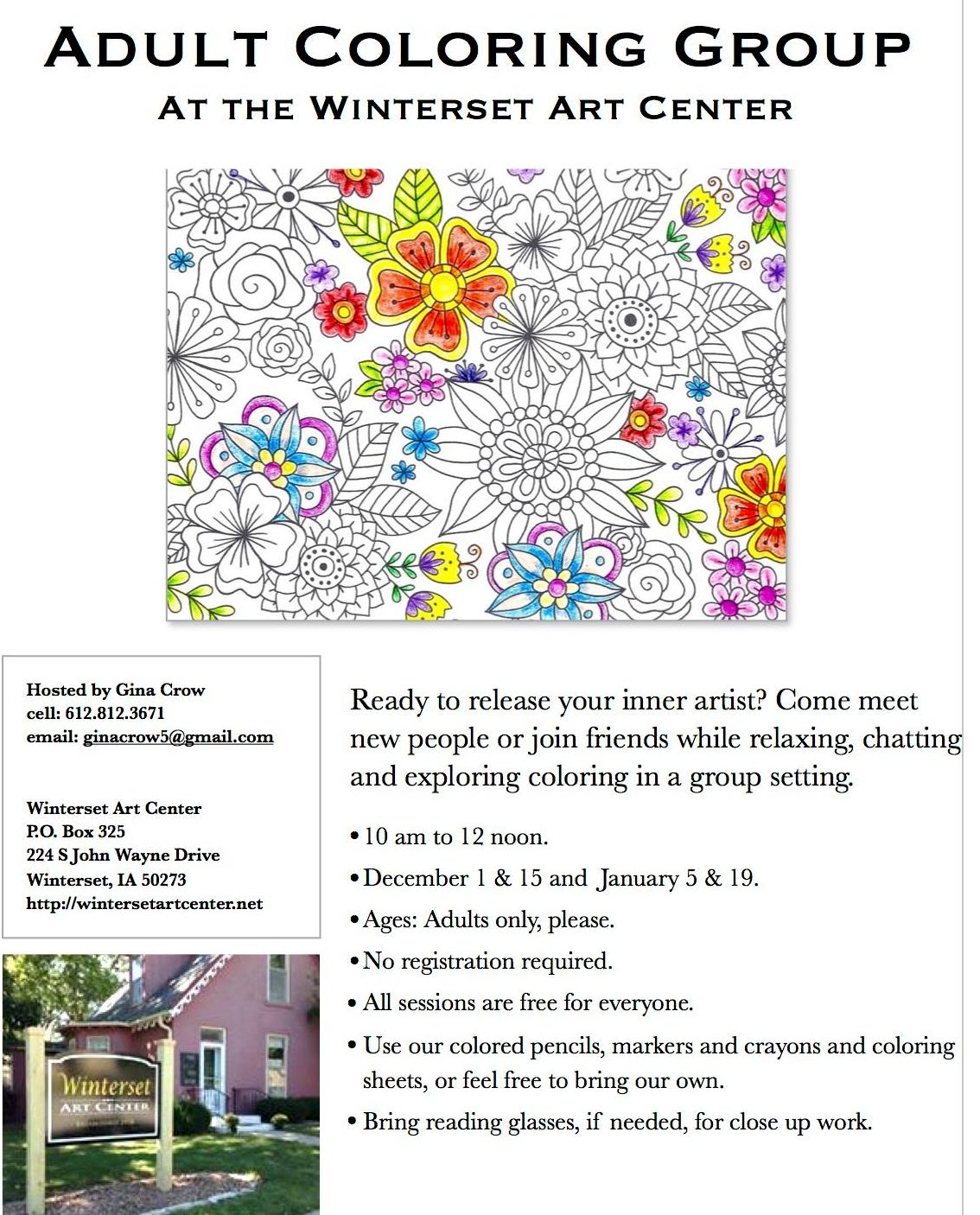 On January 21st from 7:00 to 10:00 pm, enjoy live music by Jacey Gutknecht at Covered Bridges Winery. Here’s what they have to say about their upcoming guest: “With soulful lyrics and catchy melodies, people of all ages find themselves connecting to Jacey’s music. After returning from a year building houses in Mexico, the 22 year old singer-songwriter from the Midwest began pursuing a career in music along side Nashville based company Lighthouse Music. In the short time she has been performing she has already had the opportunities to perform at iconic venues such as The Bluebird Café and 12th and Porter in Nashville, the Dripping Springs Songwriters Festival, as well as record two albums. She is currently working on her third studio album as she tours the Midwest sharing her music.” Just $5.00 cover at the door for an evening of relaxation and entertainment in their warm new facility.

Here’s a new discussion series that is starting at the Winterset Public Library on January 24th: 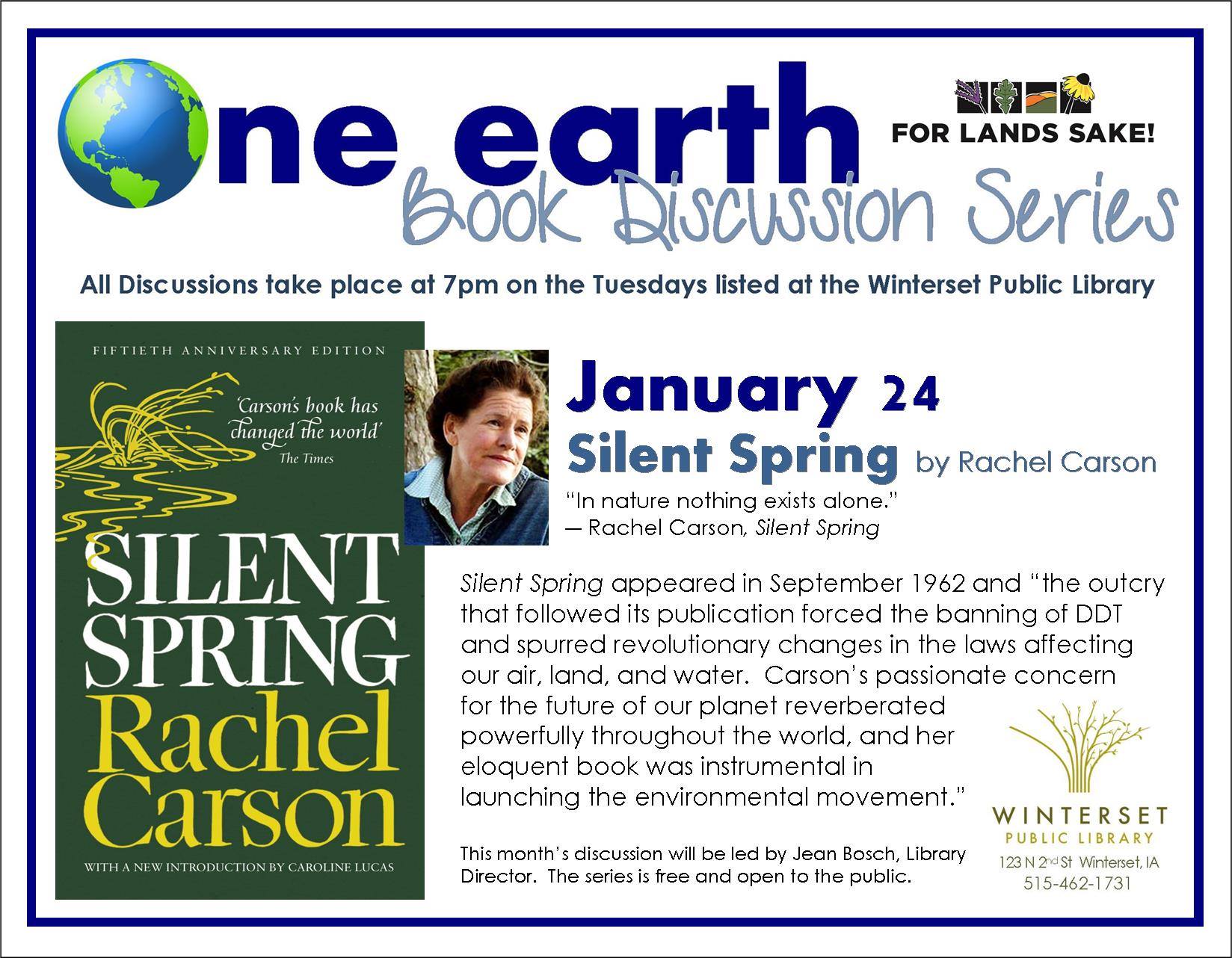 If you haven’t purchased your tickets for the 2017 Chamber Awards Night & Banquet, January 26th at 5:30 pm at the Jackson Building, you can buy them online here. 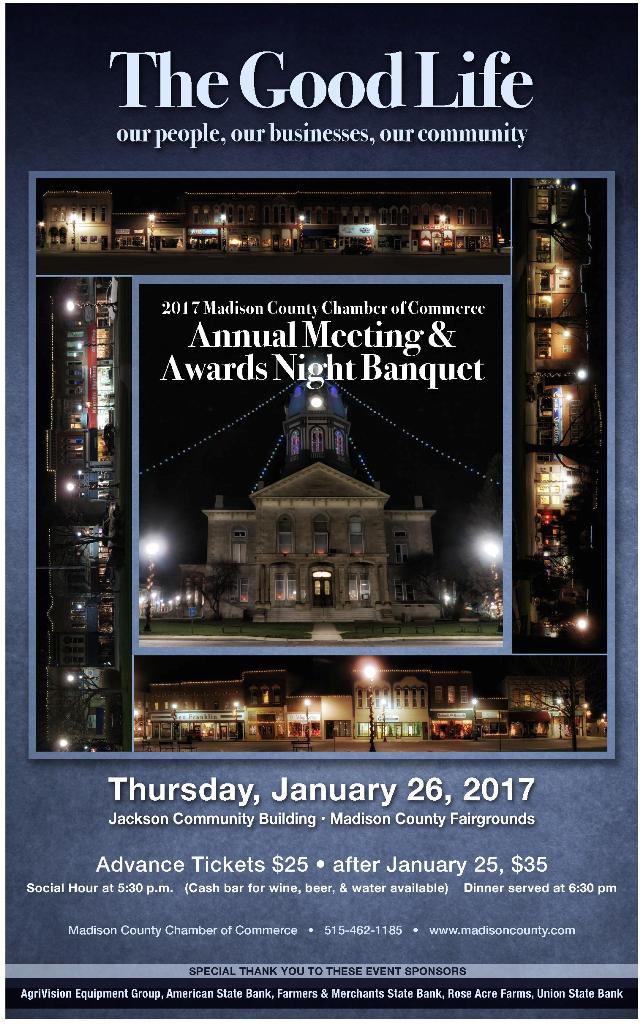 The Iowa Quilt Museum is hosting a series of classes this winter, starting January 28th. Also, if you haven’t yet seen the current exhibit “Stargazing: American Star Quilts”), its last day will be January 24th. Can’t wait to see what comes next! 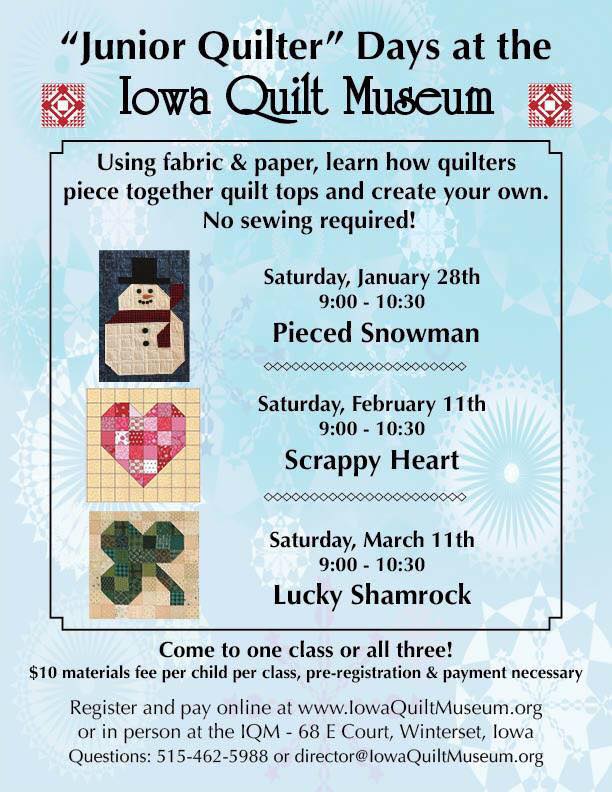 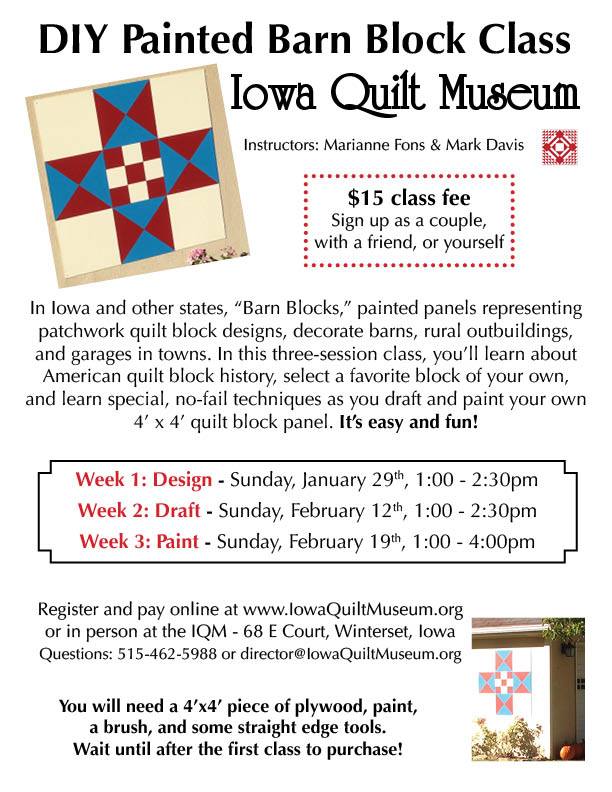 If “read more” is on your list of new year’s resolutions, consider participating in the regular book discussions offered at the Winterset Public Library. The January discussion will be on Thursday, the 26th at 7:00 pm. 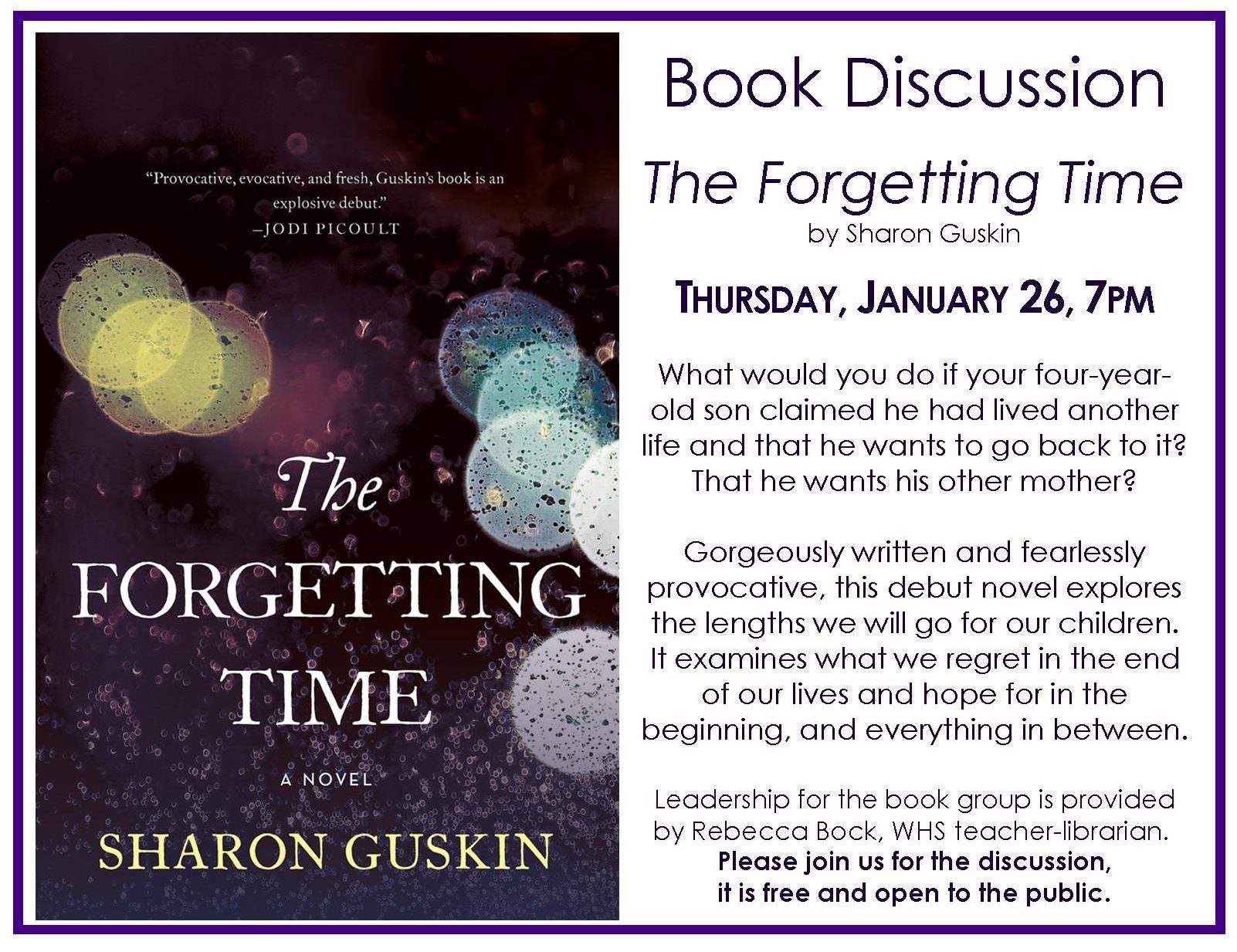 The 2017 legislative session has begun in Iowa, and so begins a series of four Legislative Forums in Winterset, hosted by Farmers & Merchants State Bank in the Community Room. The first will be held on Saturday, January 28th at 9:00 am. These events are free and open to the public. Representative Stan Gustafson and Senator Julian Garrett will be in attendance and available for Q & A. The remaining forum dates are February 25; Saturday, March 25; and Saturday, April 22.

Here’s a fun event for outdoor enthusiasts on the morning of January 28th: 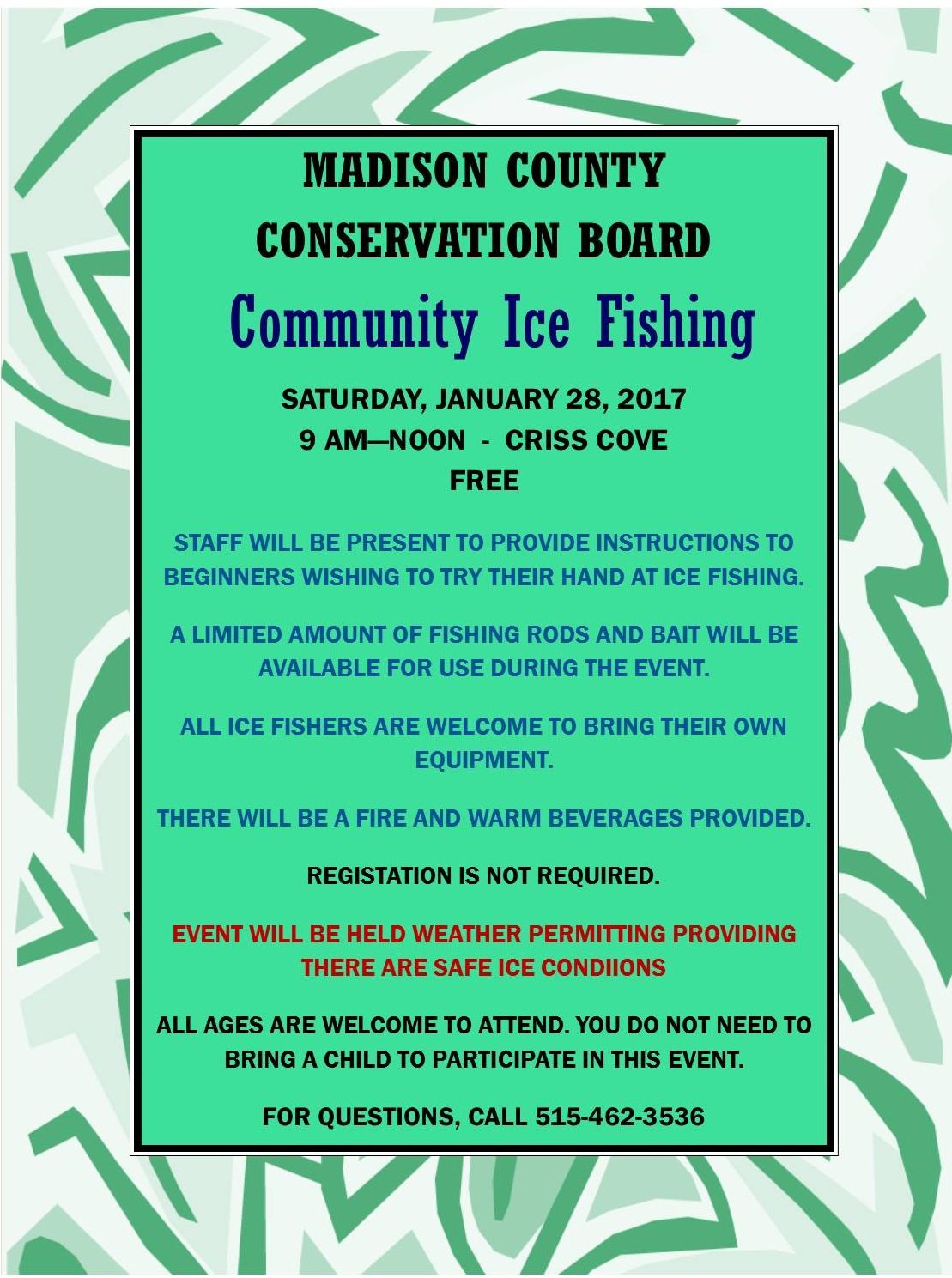 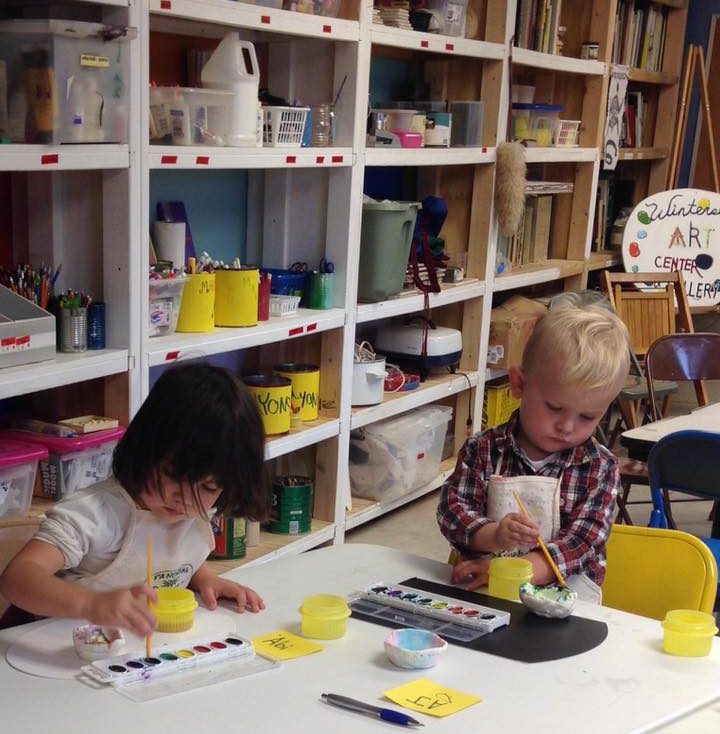 Finally, turning an eye toward spring and the 10th annual John Wayne Birthday Celebration in May, the birthplace museum is happy to announce that actor/singer Johnny Crawford will be the guest of honor at this year’s festivities, performing and sharing stories of Hollywood at the benefit dinner on May 27th.

Mr. Crawford has been a welcome guest in millions of American homes since 1955, when he was featured as one of Walt Disney’s original Mouseketeers. Best known as young Mark McCain, Chuck Connors’ son in the hit series The Rifleman, Crawford appeared regularly in such television classics as The Lone Ranger, Wagon Train, Zane Grey Theater, The Donna Reed Show, Hawaii Five-O and Murder She Wrote. And of course, he had the honor of being shot dead by John Wayne in Howard Hawks’ El Dorado (1967). Mr. Crawford has also enjoyed a successful musical career, first as a Billboard Top-40 teen pop star, and since 1992, as the leader of the Johnny Crawford Dance Orchestra featuring classic American music from the 1920s and 1930s. Welcome, Johnny Crawford and warm spring weather! Tickets for the benefit dinner are already available at the museum and online at www.johnwaynebirthplace.museum.

All community announcements on The Winterset Citizen are posted at no charge, courtesy of the following sponsors: